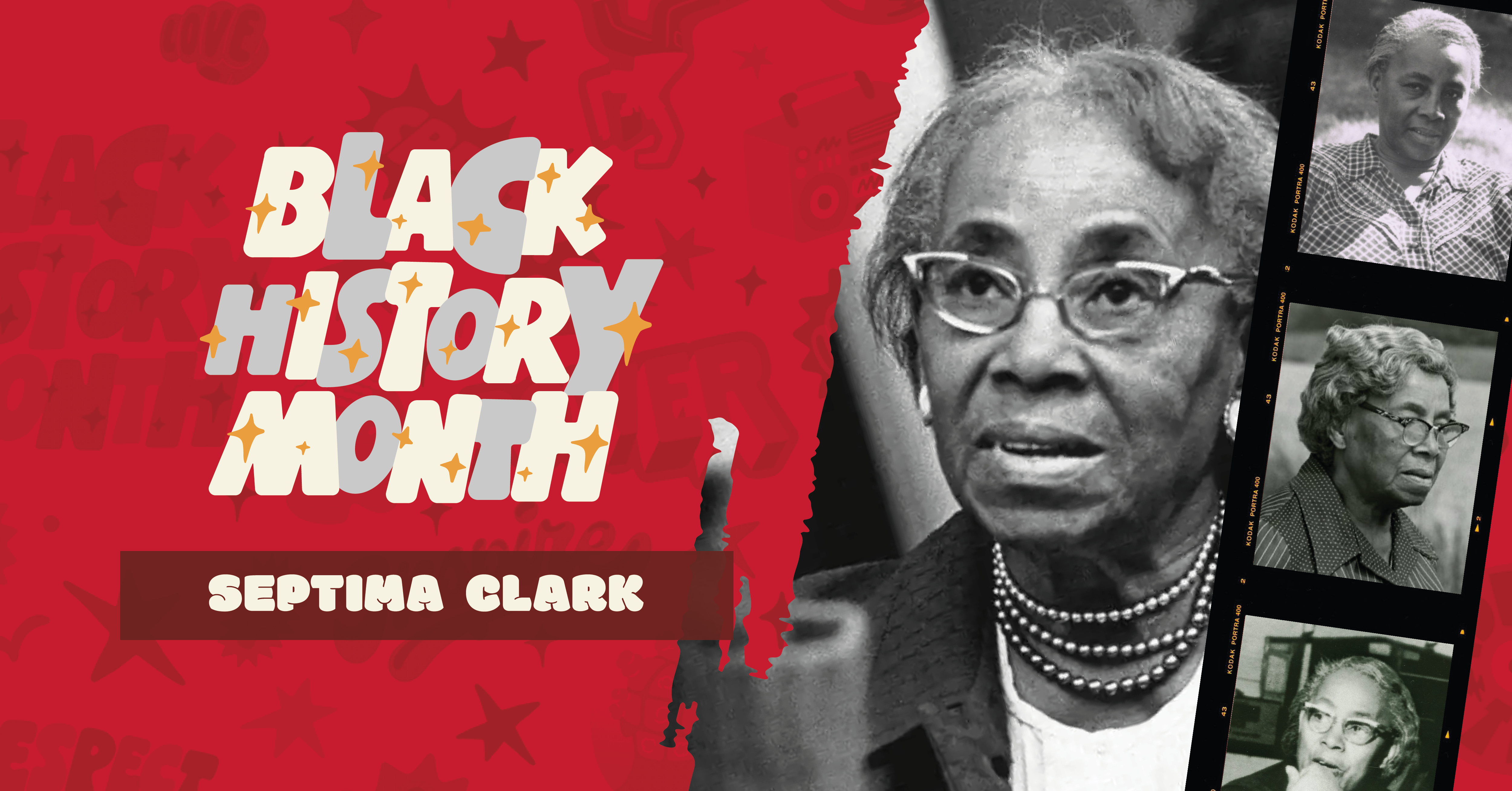 The second of eight children, her parents encouraged her to get an education and she qualified as a teacher in 1916. She was unable to find a job at the time, as they did not hire black teachers in public schools in Charleston.

A few years later, she joined the National Association for the Advancement of Coloured People, in trying to get the city to hire African-American teachers. By gathering signatures in favour of the change, Clark helped ensure that the effort was successful.

As she continued her teaching career, Septima worked with the organization Thurgood Marshall on a case that sought equal pay for Black and white teachers. She described it as her “first effort in a social action challenging the status quo.”

Clark then directed the Highlander’s Citizenship School program. These schools helped regular people learn how to instruct others in their communities in basic literacy and math skills. One particular benefit of this teaching was that more people were then able to register to vote, as the lack of literacy skills had prevented this in the past.

In 1961, the Southern Christian Leadership Conference took over this education project. Clark then joined as its director of education and teaching. Under her leadership, more than 800 citizenship schools were created.

Clark retired in 1970 and was awarded the ‘Living Legacy’ award. Over her long career of teaching and civil rights activism, she helped many African Americans begin to take control of their lives and discover their full rights as citizens.